Femoroacetabular Impingement (FAI - also known as 'Hip Impingement') occurs due to slight changes in the morphology of the two bones that make up a hip joint, the ball or femur and the socket or acetabulum, respectively. These slight alterations are fairly common, occuring in between 10 and 15% of the population, first present during early adolescence. Two main changes are noted.

The first - known as a CAM Lesion, is an alteration to the normal concave to convex transition that occurs between the head and neck junction of the femur, resulting in an increased area of convexity at this transition zone.

The second - termed a Pincer Lesion, occurs due to an excessive overhang of the acetabular socket. 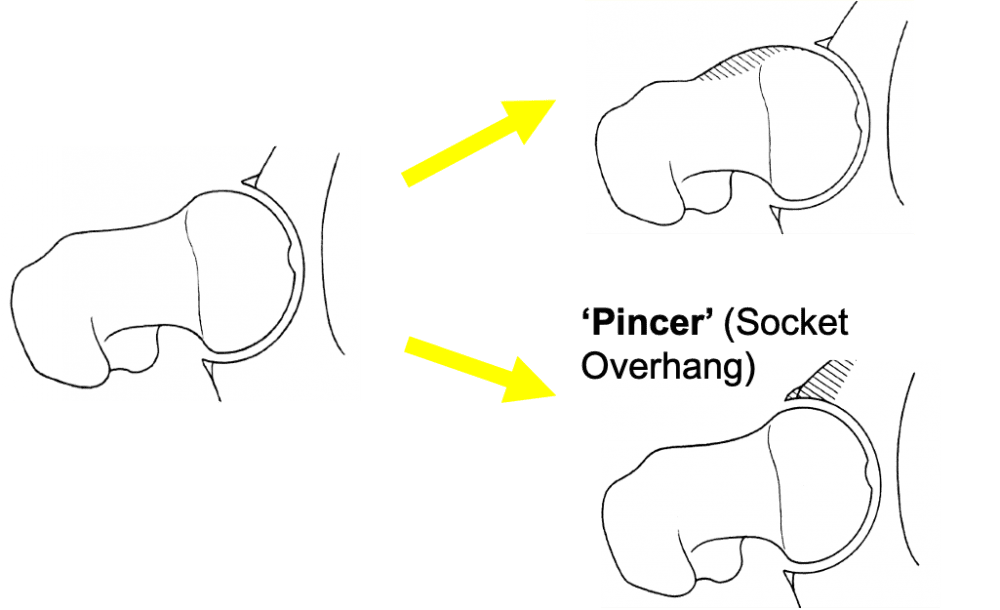 While sometimes occuring in isolation, the most common form of hip impingement is a 'mixed type,' where both a CAM and Pincer lesion are present. The result is abnormal contact between these areas of excess bone, especially at extremes of motion, such as when the hip is both flexed (bent) and rotated under load. Over time, repitition of this bony contact or 'impingment' can trap or incarcerate the soft tissue lining of the hip socket - known as a labrum - causing tearing and damage.

With newer technology, such injuries can now be treated in a minimally invasive fashion. Employing arthroscopy, or camera-based access into the hip joint, labral tears can be repaired through ambulatory outpatient surgery.  This surgery is also able to recontour the bony make-up of the hip , removing CAM and Pincer Lesions Above: Arthroscopic image of before and after resection of a CAM Lesion at the femur's head/neck junction. Note the slight convexity in the top image, that has been trimmed down to match the natural convex to concave orientation of non-impinging hip joints.

Proper implimentation of these techniques can often provide effective, well-tolerated releif of hip pain, especially in younger and more active populations. Newer data also suggests that addressing the components of FAI may halt the process of hip degeneration, slowing or even preventing the need for an eventual replacement surgery. 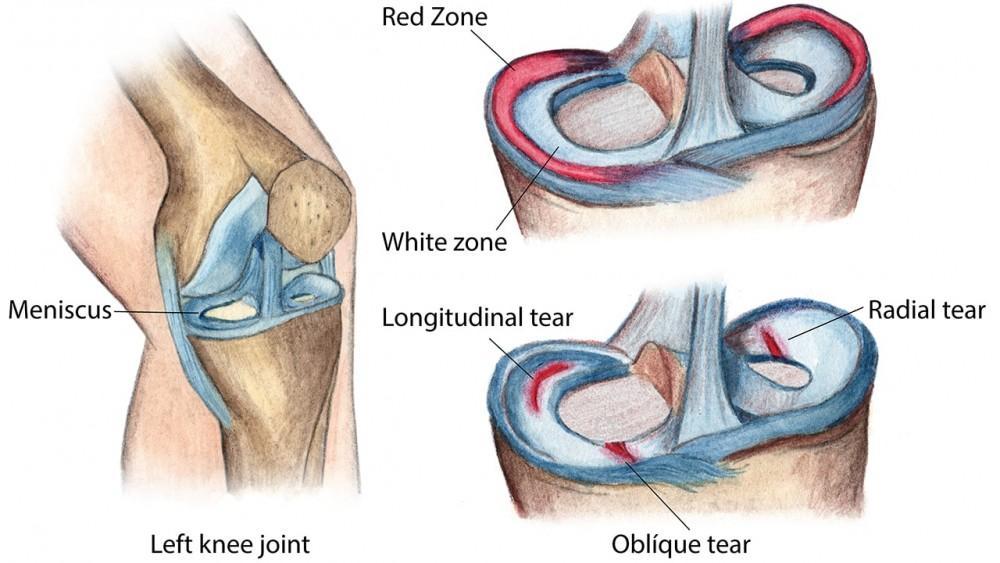